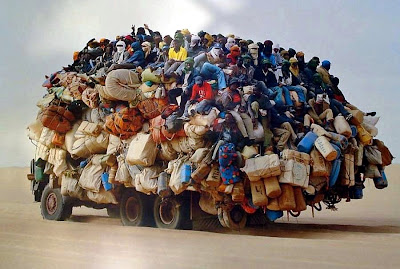 The bandwagon effect is well-documented in behavioral psychology and has many applications. The general rule is that conduct or beliefs spread among people, as fads and trends clearly do, with "the probability of any individual adopting it increasing with the proportion who have already done so".[1] As more people come to believe in something, others also "hop on the bandwagon" regardless of the underlying evidence. The tendency to follow the actions or beliefs of others can occur because individuals directly prefer to conform, or because individuals derive information from others. Both explanations have been used for evidence of conformity in psychological experiments. For example, social pressure has been used to explain Asch's conformity experiments,[2] and information has been used to explain Sherif's autokinetic experiment.[3]

When individuals make rational choices based on the information they receive from others, economists have proposed that information cascades can quickly form in which people decide to ignore their personal information signals and follow the behavior of others.[4] Cascades explain why behavior is fragile—people understand that they are based on very limited information. As a result, fads form easily but are also easily dislodged. Such informational effects have been used to explain political bandwagons.[5]
Posted by BoardWatch on 7/01/2010 03:14:00 AM No comments: Links to this post