The post below is entirely from Craigslist Typical Ed Boks PR blunder.

By now many of you have heard that LAAS is having a special adoption event at the East Valley shelter for 10 overseas puppy mill puppies confiscated on June 30, 2008.

What most of you do not know is that these animals were released from quarantine on November 5, 2008, which means all ten were legally available for adoption six weeks before Ed Boks is releasing them for adoption. Ed Boks will be keeping these ten tiny puppies for six unnecessary weeks in LAAS shelters. Why? Simple!

These pups became available election week, with news of the poor economy flooding the airways. The chance of getting these pups adopted was great, but by holding them for six more weeks in shelter cages until the Saturday before Christmas, Ed Boks could sell the ten for top dollar. We all know that even a failing economy will not stop determined parents from buying the perfect gift for the holidays for their youngsters. Boks will hit the pocket of the vulnerable consumer looking for the perfect gift to give their children on Christmas.

Ed claims that his reasoning that LA Animal Services is utilizing the City ordinance required adoption-auction process to help ensure that the new owner/guardians of these puppies will have sufficient financial means to afford the medical costs they are likely to incur over the lifetime of these animals.

Ed's reasoning is absurd. Since when does buying a dog for a high price equate to being a responsible owner? How many owner turn-in animals were bought in pet stores for a hefty price? If the puppies have medical and behavioral issues as Boks says, then why is the highest bidder the best home instead of screening for a home that understands a dog's medical and behavioral needs and has a stress-free home in which the puppies can acclimate after being deprived of socialization for so long? This is just another one of Ed Boks' methods of rationalizing his indifference to animals and his need for maximum media attention. It also helps him earn some extra money to cover up for the fact that he has still done nothing to increase LAAS' net licensing revenue.

Ten young pups have been living in city shelter cages since June 2008, yet Mr. Boks chose to keep them an extra six weeks in order to exploit them and to exploit Los Angeles public by withholding their sale until the time of year when more people are willing to pay a higher price. So there the ten puppies sit since June with no chance of foster or adoption per Ed Boks , no socialization other than shelter employees, not running around and playing during their formative months.

Why were these puppies not fostered in homes these last five months? Because Ed Boks was worried that the fosters would not return them once they became available. That would mean he could not increase his revenue and, more importantly, he could not be on TV. What does this say about Ed Boks' management if he does not trust himself to be able to get back his own fostered animals.

What is even more concerning is that as of this evening there are 250 puppies in LAAS. I can assure you they have not received the care that these ten "jetsetter" (Boks' term) puppies have gotten. Take a look at the puppy mill pictures (by a professional whose website is in the photo corner) and compare them to the approximately 250 puppies residing at LAAS as of this evening.

To add insult to injury, Ed Boks' self-serving plan also misses a great opportunity to save lives throughout all LAAS shelters. Ed Boks has all 10 puppies at one shelter. The problem is, he should have put some of the puppies in each shelter. This way, when the advertised puppy or puppies at each shelter gets adopted, all those adopters who were not the highest bidder will look around the shelter and fall in love with one of the 250 other LAAS puppies or 1,200 dogs and save one of those. This would give EVERY dog at EVERY shelter a chance to be seen and saved. But, by having all puppies at one shelter and thereby driving more bidders to the same location, the price will be bid up higher and Ed Boks will make more money. More puppies and dogs will die than had Ed done it right, but that is not Ed Boks' concern. Ed Boks will have taken more money from the public, and Ed Boks would have had all the media cameras at the same location where he could pretend to be the hero.

Your mixed up priorities let the animals down again. Merry Christmas Ed.

And just to add insult to injury....just because they go to the HIGHEST bidder doesn't mean they are going to good, caring homes!!!

A request has been made for verification of information I posted on Ed Muzika's LA Animal Watch. 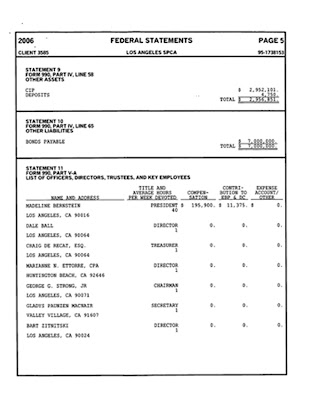